« In case of apocalypse, run for shelter.

Run underground. It’s not good to linger on the surface of things. The ground itself crumbles. Big chunks of the road collapse. The earth trembles. The earth burns. Go to the greatest depth.

The problem is managing to get back out afterwards. But for the moment - if you can focus on the moment - it’s still your best option. Or stay with me if you really want to.

Charcoal erasers. Big black clouds rub out the horizon as they advance. You’d reckon a storm was coming. A tornado would be best. Tornadoes are truth-tellers. They point their severe finger at us. When their vortex touches the ground, it inhales the walls the roofs the houses. When it passes, all the structures appear. All the beams and all the frameworks. Right to the floor-plan.

In the sky above the buildings, bicycles pass. Cars. Tanker trucks. Small sections of yellow concrete. Planes take off in reverse. Planes fly on their backs like dead fish.

When you have yourself the chance to be inhaled, you ascend sometimes all the way above the clouds. You float an instant in the radiant azur. Before falling back into the catastrophe.

Trees detach themselves from the soil like herbs. A truck is folded in two in the middle of the road.

Hailstones come suddenly. The hailstones are as fat as tennis balls. Pétanque balls. Cannon balls. They’re metaphorical spheres of different sizes and different materials. And while the salvos of hailstones big-as-x crash upon the earth - on the campsites the hotels the trailers - the rivers start overflowing. It’s their thing.

On such a spectacular day one would expect the waters to submerge the language, too. Leave their narrow lexical bed. And combined with the unchained elements take with the whole vocabulary. Slaughter the grammar. Reveal the structure of phrases. But they generally don’t. The floods of nature quite respect syntax. And terminologies. Surely, they don’t have time to destroy everything. Nor to break all the chains. For the moment we’ll concentrate on the world if you please.

At the place where we are right now the range of possibilities is considerably restricted. It would seem - I have the impression - that our only remaining choice is between blaze and floods. To my left the landscape is a flame. Hurricanes of fire sweep up everything still standing. To my right a giant wave advances towards us like a galloping mountain. At one point we’re in the air. The next instant we’re in the water. We’re right at the crossroads of destiny. It’s up to you to choose your method of extinction.

On the contrary to what you might have thought, the problem with the apocalypse is not death. Death is just an accidental secondary consequence. The challenge is the revelation. Before each definitive exit the veil of reality is raised suddenly before the eyes of the spectator. And he discovers then for the first time what’s behind it. And behind it - spoiler alert!

Sula Bermúdez-Silverman (b. 1993) is an American artist based in Los Angeles. She earned her BA in Studio Art from Bard College and studied at Central Saint Martin’s School of Art and Design in London. In 2018, she was awarded her MFA in Sculpture from the Yale School of Art.
The artist investigates and critiques social structures through a conceptual and multidisciplinary practice that examines economic, racial, religious, and gendered systems of power.
Bermúdez-Silverman has had solo exhibitions at Murmurs, Los Angeles (2021); at the California African American Museum, Los Angeles (2020); at the University of Texas, Austin (2018); Project Row Houses, Houston (2015) and participated in group exhibitions at Josh Lilley, London (2022 and 2021); Lodos Gallery (2021); Sow and Tailor, Los Angeles (2021); Ochi Projects, Los Angeles (2021). The artist is currently having a solo show at Friends Indeed, San Francisco and her work is shown in a group exhibition at the Fortnight Institute, New York.

Jorge Camacho is a Cuban painter, draftsman and engraver born in 1934 in Havana and dead in 2011 in Paris. He moved to Paris in 1959 where he met André Breton through Agustin Cardenas and joined the Surrealist group. Breton invited him to participate in the XI International Surrealist Exhibition (1965) and in 1967 he was part of the May Salon in Havana, organized by Wifredo Lam. From 1968 on, Jorge Camacho became interested in the study of alchemical science, the Cabala and shamanism. Camacho’s pictorial space approaches tortured worlds, where the most sophisticated esotericism rubs shoulders with a surprising shamanism. Beyond these marks, the paintings of Jorge Camacho express a poetic universe, under the refined light of a fawn palette. The work of Jorge Camacho comes from a desire to paint all that reality has of enigmatic and paradoxical. The world he delivers is one of mystery and timelessness, inhabited by beings and forms caught in the process of mutation and expansive growth. The cosmos invented by Camacho reveals an iconography of the most singular, carrying disturbing and disquieting images, bathed in an intense and saturated light. The drawing predominates in the service of unusual, disembodied, theatrical figurations that evolve in a climate that is often threatening but altered by the know-how of the alchemist and an acute sense of wonder.

Erwan Sene (b. 1991) is a French artist based in Paris. He received his MFA from the École Supérieure d’Art et de Design de Reims in 2016.
The artist combines 3D design, sculptures and sound compositions, all imbued with a dystopian virtual plaza aesthetic. These sculptures are part of the universe of a post-apocalyptic game. Their aspect is close to that of urban furniture, but with a baroque and outdated dimension. Erwan Sene sculpts elements borrowed from the lexicon of prison, science fiction, contamination and idiopathy, which brings forth a visual composition oscillating between kitsch and desolation, sad pastels and flamboyance. His sculptures are like out-of-service Pachinkos; a device at the crossroads between a flipper and a slot machine. They appear as steps of a game, the precepts of which remain unspeakable.
Erwan Sene has shown his work at High Art Gallery, Paris (2020); MO.CO. Montpellier Contemporain (2019); Shivers Only (2019); Deborah Bowmann, Brussels (2019); Artemis Fontana, Paris (2018); La Paix, Paris (2018); Musée Saint-Remi, Reims (2016) or at CAC Centre d’Art Contemporain Passages, Troyes (2016). His first album will be released in 2022 on the PAN label and the previous ones were published by REIF (2021); Unknown Precept as well as Cellar Door Service (2019). The artist’s sound installations could be heard at MO.CO Montpellier; at the Asia Now fair, Paris; at Forde, Geneva or at Parkingstone.

Yan Xinyue (b. 1992) is a Chinese artist who currently lives and works in Shanghai. She graduated from the Royal Academy of Fine Art Antwerp (Belgium) with an MFA in painting in 2018.
Yan’s work portrays the tension in everyday life in the context of rapid urban development. She manipulates objects and subjects into different painterly forms - reality and fantasy are mixed on the same canvas, and the dynamic and the tranquil are blended - revealing the conflict between being a part of society and being an individual. The irony and humor in her paintings invite viewers to escape the solemnity of reality and enter a universe of imagination and possibilities.
Yan Xinyue’s exhibitions include a solo show at Capsule Shanghai (2020, Shanghai, China), and group exhibitions at Kunstpodium T (2019, Tilburg, Netherland), Capsule Shanghai (2019, Shanghai, China), A+ Contemporary (2019, Shanghai, China), De Brakke Grond - Flemish Cultural Center (2018, Amsterdam, Netherland) and Cité internationale des arts (2017, Paris, France). 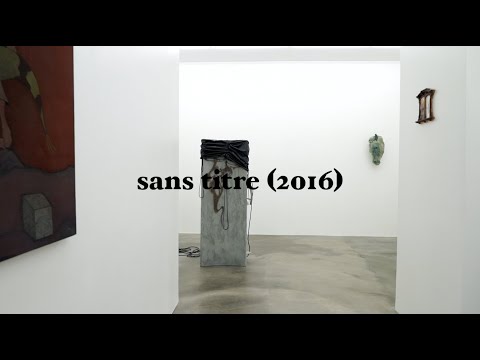